TARKUS is one of best known piece among progressive rock movement in 1970s. 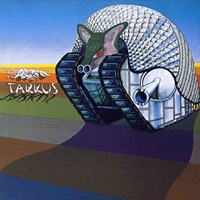 Japanese contemporary composer, Takashi Yoshimatsu who got a lot of influence from progressive rock, arranged this piece to symphony orchestra. It was first performed on March 14th this year by Tokyo Phiharmonic Orchestra, one of the leading orchestras in Japan.
Concert was quite successfull and Keith Emerson himself gave enthusiastic comment after reading score sent from Takashi Yoshimatsu. Friend of Keith Emerson came to the concert and at the party after the concert, Yoshimatsu and Fujioka, the conducter, talked with Keith Emerson on the phone.

I am now producing Classical music mainly but also big fan of progressive rock and listened to TARKUS LP many times when I was junior high school student. So, when I was informed of this concert, I imediately decided to record the concert for making CD.

When we produce album of orchestra TARKUS, we have to expess our respect to original cover illustration. We made it ! I asked clay artist to make miniatureof TARKUS and take photo. Cover designer make montage of real TARKUS and real desert. 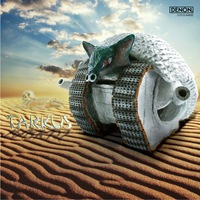 Below is the photo before montage. 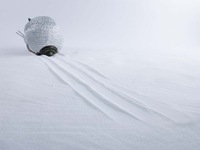 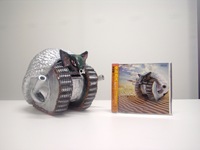 CD will be released on 21st July.
Also available on iTunes worldwide from the same day.
You can buy at CD JAPAN if you don’t live in Japan.

Iconic One Theme | Powered by Wordpress